I can rarely be talked into heading off for camping without a reserved campsite, but October I made an exception. The campground at Big Sur is large, it was late in the season, and the last time we were there in October it was pretty much deserted. This time, it was fairly full, but we were able to get a campsite.

The trees above our site were some kind of nut tree, and they were raining down nuts with careless abandon. We sat around discussing the cartoon where Bugs Bunny was pouring tea for Pete the Puma and asked him how many lumps (sugar) he wanted. As it turned out, neither of us got lumped.

Since we arrived without a reservation, they’d only give us two nights at a time. Originally, we were going to go down to the ranger kiosk and get the third night, but then it struck me that we could probably get a site at Sunset Beach. We decided to do that and stay there for two nights.

The campground at Sunset was nearly empty, so no worries about getting a site. However, since we showed up without a reservation, they would only give us one night at a time. Sigh. We said that was fine and set up camp. The new campsite was a change for the better all across the board. Good data connection, satellite tv (which we didn’t have at Big Sur due to an unhelpful hill to the South), and our very own squirrel. The first lunch there, the squirrel was a real problem. He kept popping right up on the table, and we kept shooing him away. This continued throughout the afternoon. Then, the little rascal disappeared and never came back at all. I think he must have found some campers who would feed him.

We had such a nice time in October that we decided to go again in December. This time we made reservations for special sites at Sunset Beach and New Brighton.

At New Brighton, we’d reserved one of the premium sites along the bluff. These are pricey, but the view is spectacular. 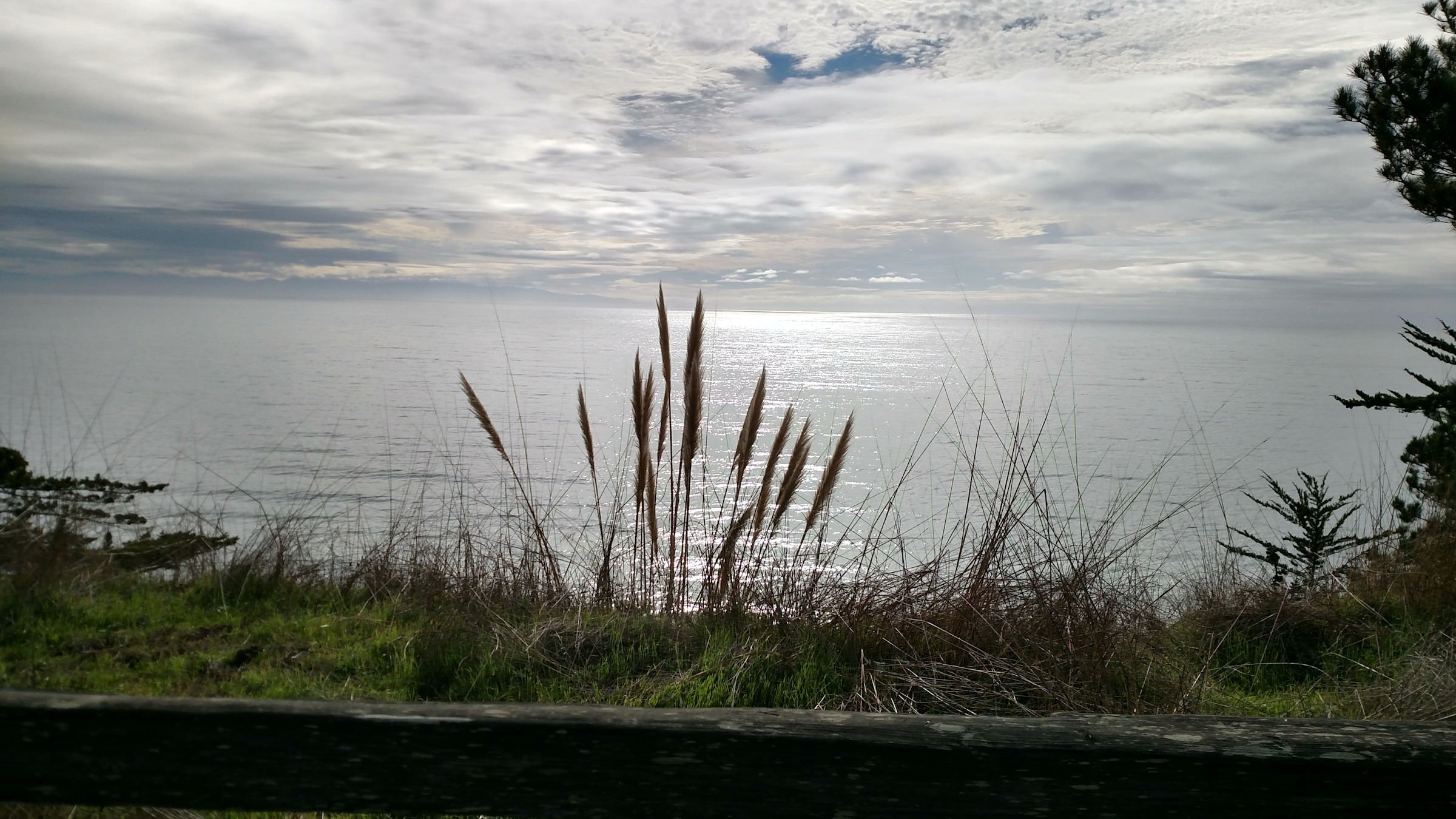 We got some advanced weather at New Brighton. We spent three nights there, so two full days for beach walking. We got in a beach walk the afternoon we arrived, but the following day it rained all day. It’s actually nice to spend a day inside the rv, petting the cat and listening to the rain. More than one day would probably suck, but one day’s nice. Second full day, it wasn’t raining, so we thought beach walk. Not so much. The waves were so big that there wasn’t really a beach to walk on. Very interesting, since we’d never seen it like that before. We did a lot of ambling around the campground and looking at the waves. And ambling down to the day use area to look at the waves.

Don't have an account?Register